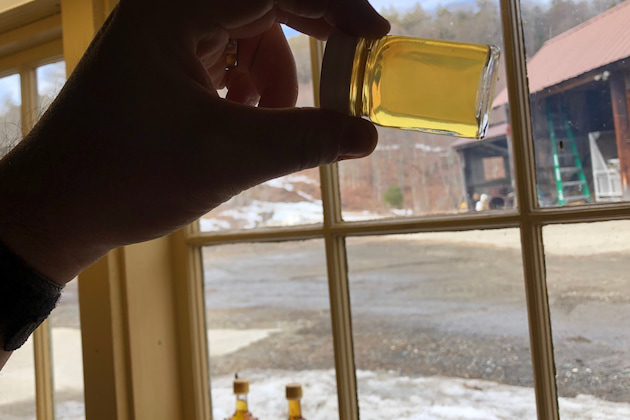 Making good flavor, tips and tactics on getting the best taste

SAINTE-MARIE, Que.—It’s all about the flavor.

Joel Boutin, of Quebec, makes thousands of syrup taste samplings each year including many for a large private maple producers club, which he serves as an extension educator and advisor.

A keen observer in all aspects of maple production, he also teaches high school students at a technical school in his area.

But Boutin's greatest area of expertise is "Good Flavor Factors," which was the topic of his presentation during Vermont Maple Conference Week.

Depending on a variety of practices, producers can try to achieve a delicate sweet, vanilla-type taste or the more complex maple flavor that tends to become more caramel-like as the season progresses. [ MORE ] 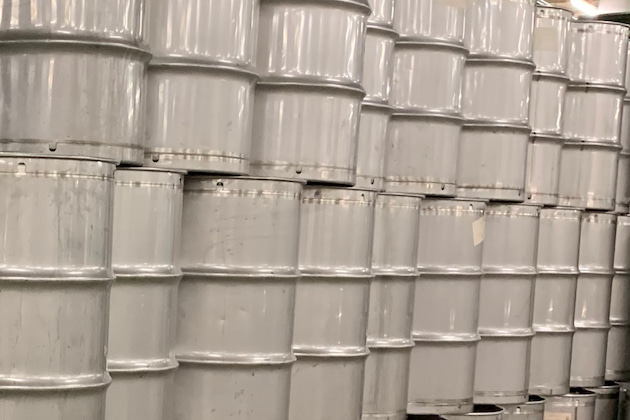 HIGHGATE, Vt.—A loose coalition of farmers in Franklin County, Vt. are sitting on an estimated 5,000 barrels of new crop syrup until they get what they feel is a fair price to sell it.

“Every producer I talk to says they’re holding their syrup,” said Jason Gagne of Gagne Family Maple in Highgate, Vt. who boils off 32,000 taps. “Nobody wants to let it go because they don’t like the price yet.”

Gagne stopped short of calling it a syrup strike and said there is no organized effort to keep the syrup off the market.

But he said producers in his county, as well as in Addison and Lamoille counties in Northern Vermont are frustrated with prices offered by packers. 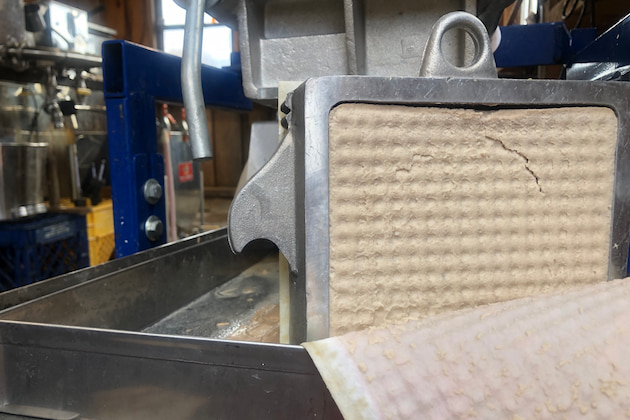 Keep an eye on the cake! Filtering tips from the experts

ANTIGO, Wisc.—Keep an eye on the cake.

That was the message from filtering expert Jim Adamski of Adamski’s Sugar Bush of Antigo, Wisc. during a webinar on filtering techniques hosted by the Wisconsin Maple Syrup Producers Association in January.

Diatomaceous earth is the common filter aid sugarmakers use to help pass the syrup through the filter sheets and take out the gunk and sand.

Too little or too much can be perplexing for the sugarmaker.

The best way to tell if you got it right is when you break down the press, a nice beige colored cake is formed between the plates.

“If we’re not seeing a nice solid cake then we didn’t use enough DE powder in the process,” Adamski said. [ MORE ] 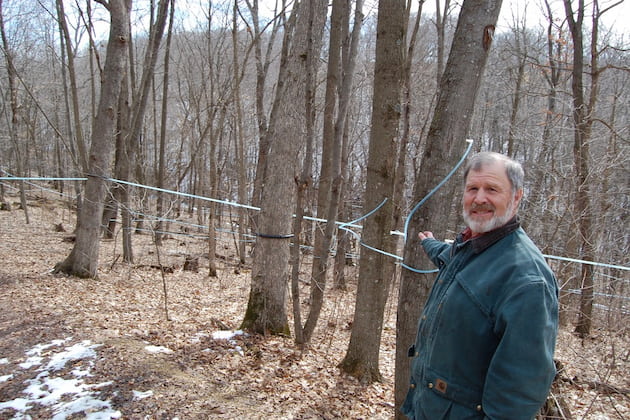 OPINION: Producers should demand a better price this season

Last season we produced the biggest global syrup crop in history. Now that crop is almost sold out.

It seems the pandemic has been very good for maple consumption.

This has created a need for a good to above average crop in 2021 to satisfy demand. If we have a poor crop, “Katy bar the door!” 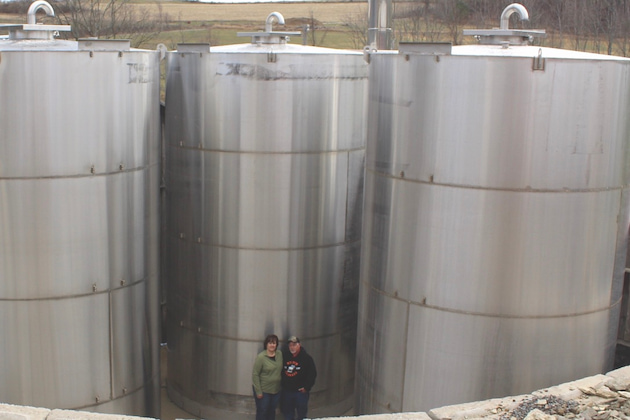 Terri & Terry Patterson took over ownership as the 4th generation sugar makers of Patterson Farms in Sabinsville, Pa. after Terry’s father, Richard, passed away in 2017.

Richard would be proud to see them keeping his legacy alive by accomplishing plans he had for the farm before he passed, as well as bringing some of their own ideas to the business.

Patterson Farms is the largest producer in Pennsylvania with more than 80,000 taps. 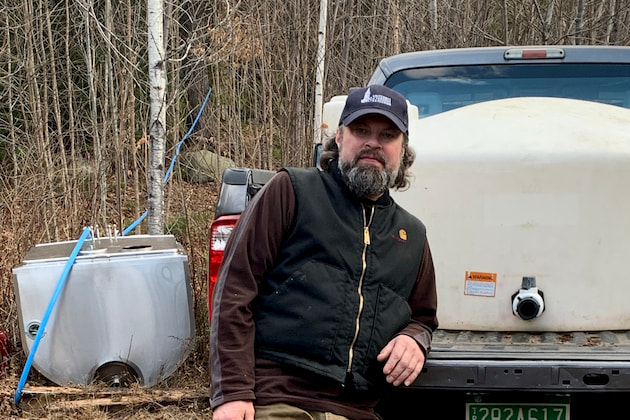 Showing some love for the sap-only producer

WESTON, Vt.—There’s money to be made in selling sap and leaving the syrup making to someone else.

“There is opportunity in sap-only enterprises,” said Chris Lindgren of UVM Extension who led an online seminar last month on the pluses and minuses of collecting the sap and letting someone else boil it.

“Sap-only businesses are less risky and there are less barriers to entry,” he said. “Selling sap is the easiest and lowest cost way to get started in the maple business.”

Lindgren is a sap collector himself, with approximately 700 taps spread out across three bushes in Weston, Vt. in the center of the state.

He said producers looking to get into the sap selling game should budget an investment of approximately $30 per tap, which will cover costs of a collection system, vacuum pumps, a generator or two, monitoring systems, transportation, reverse osmosis and structures. 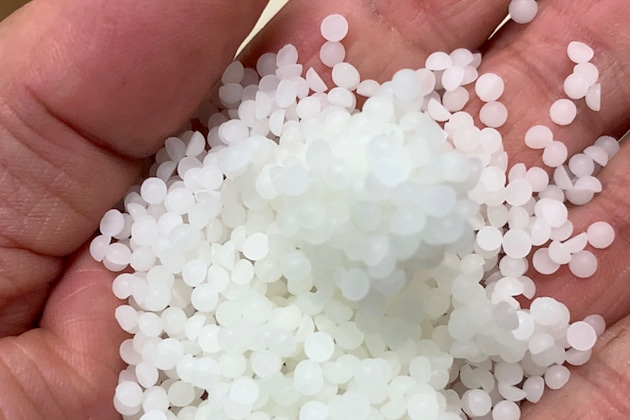 Probably the biggest change a sugarmaker will have to make once they switch to organic is defoamer use.

Conventional defoamers do not qualify so the producer must find an all-natural replacement that both knocks down the foam and also does not affect taste.

Many sugarmakers use sunflower oil or other oils similar. 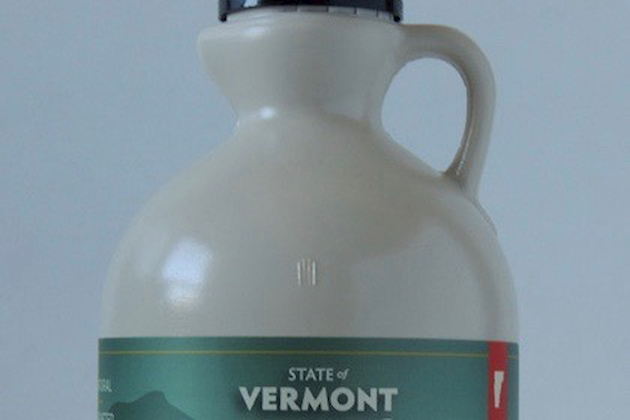