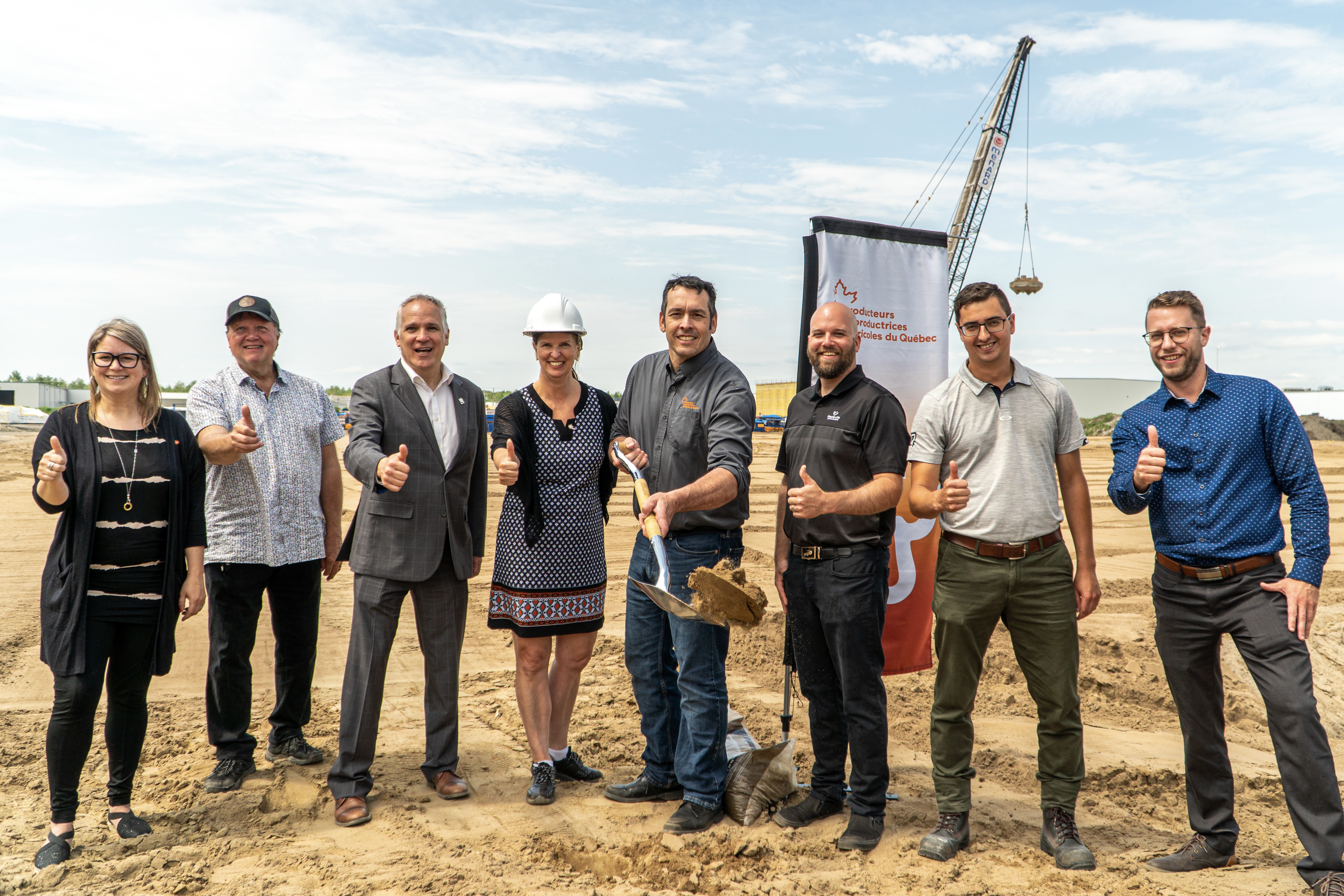 “We just had a record harvest of 211 million pounds this spring that will allow us to replenish our reserve,” said federation President Luc Goulet.

It will be the second largest warehouse in the reserve, just after the Laurierville installation which holds up to 55 million pounds.

With the third installation in Saint-Antoine-de-Tilly, the Strategic Reserve will ultimately have a total storage capacity of 133 million pounds (216,000 barrels) of maple syrup. [ MORE ] 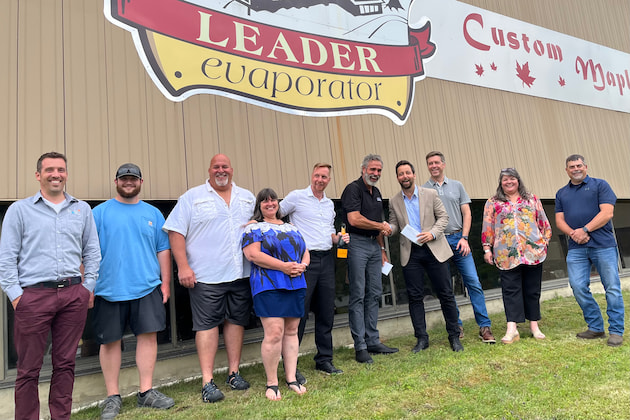 SWANTON, Vt.—The installation of a new $1 million state-of-the-art tubing extruder will be the first order of business following the H2O Innovation buyout of Leader Evaporator Co., a deal that closed on Thursday night during a ceremony at the Leader plant in Swanton.

Paperwork was signed and champagne was flowing, as H2O became the new owners of the Leader Evaporator Co., which was founded in 1888 and reincorporated by a handful of prominent sugarmaking families as exclusive stockholders in 1964.

Meanwhile, H2O Innovation is a publicly traded company from Quebec City, Que. with a $250 million market capitalization with ambitions to significantly grow the maple side of its water purification business.

Rock Gaulin will run the operation in the U.S., officials said. Heading up the sales force in Swanton for the new H2O Innovation/Leader hybrid will be Kyle Lothian. [ MORE ] 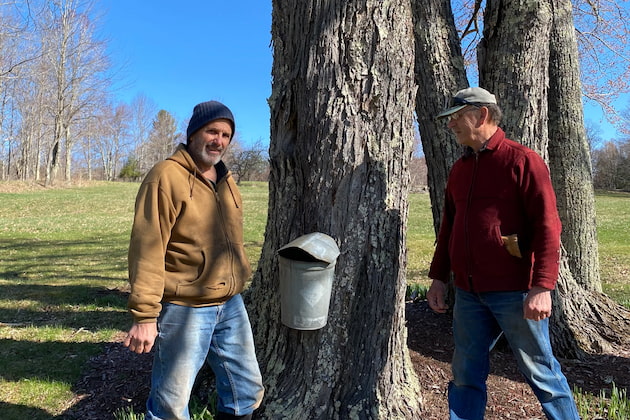 Sugarmakers testing for themselves reds vs. sugars

Following some breakthrough research from Dr. Abby van den Berg of the University of Vermont Proctor Maple Research Center this winter, showing that red maples produce as much sap as sugar maples with nearly the same sugar content, sugarmakers are testing for themselves.

“I decided to do my own little experiment here,” said John Riedl, a sugarmaker in Conesville, N.Y. in the Catskills region.

Riedl, with wife Cathy, said he did an experiment on a small number of red maple trees located in an open area, and compared them to some sugar maples nearby.

“We have four large hard maples in our front yard and four large soft maples behind our house,” Riedl told The Maple News. [ MORE ] 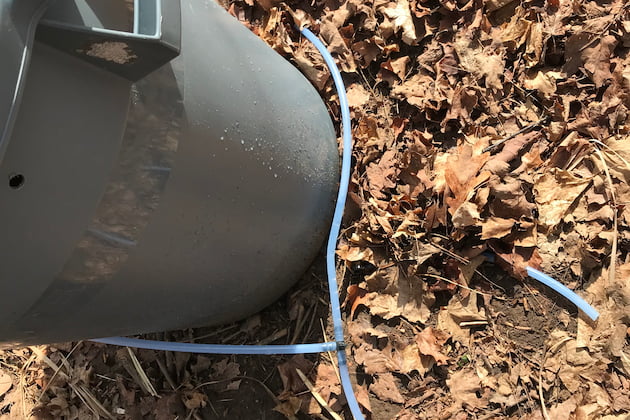 “Caught some lady cutting my sap lines around the corner who said I was ‘polluting the planet,’” Ruger said. “Sheriff had a nice long talk with her. Luckily I got there when I did or I would have missed her.” 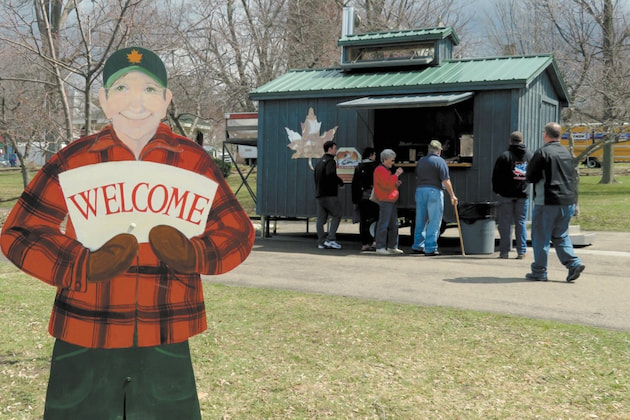 Vermont Maple Festival back after two-year absence this weekend

ST. ALBANS, Vt.—Sugarmakers visiting the equipment open houses in Vermont this weekend are encouraged to visit the nearby Vermont Maple Festival, back after a two year absence.

“We’re doing our best to bring back some of the enjoyment of celebrating the first agricultural crop of the year,” organizers said.

The Vermont Maple Festival will kick off at 12:00 Noon on Friday, April 22 with the annual Maple & Milk toast on the Main Street Stage in St. Albans Vt. [ MORE ] 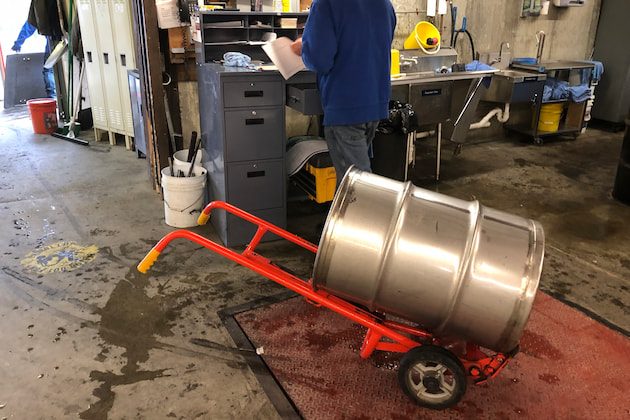 ALSTEAD, N.H.—Big syrup crops in the Northeast and Upper Midwest are tamping down prospects of a dramatically higher bulk price this season.

But there is still an increase.

Packers in the Northeast for the most part will be paying $2.60 per pound for the top grades, not much higher than prices before the season started but significant higher than this time last year.

Prices paid by most packers for field run bulk syrup are $2.60 per pound for Golden Delicious and Amber Rich; $2.50 per pound for Dark Robust; Very Dark Strong is paying $2.20 per pound and processing grades are $1.30.

There is a 20 cent premium attached to all organic syrup.

Sugarmakers with drums of ropy and unfiltered syrup will get 75 cents per pound.

“Big crop,” said Bruce Bascom, of Bascom Maple Farms in Alstead, N.H. and one of the biggest U.S. packers. “Northern half of U.S. did very much better than the southern tier. Most of the tonnage is made in the north.” [ MORE ] 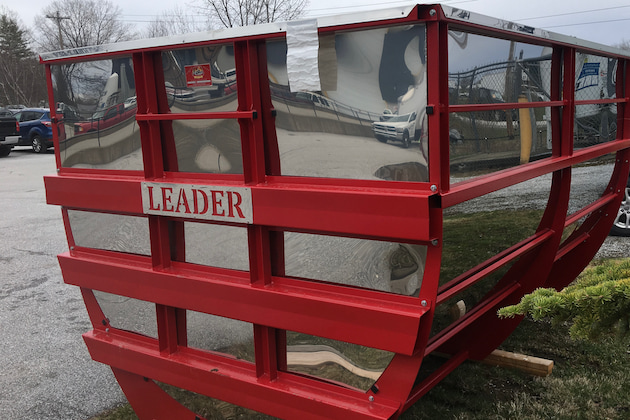 Leader Evaporator to be sold to H20 Innovation

SWANTON, Vt.—Leader Evaporator Co., the biggest U.S. maple equipment manufacturer, will be sold to H20 Innovation, another big player in the maple industry and a publicly traded company out of Quebec City, Que.

H20 announced in a press release that it has entered into a “binding letter of intent” to buy Leader and its 103,000 sq. ft. factory in Swanton, Vt. by July. Terms of the sale were not announced.

“The acquisition is expected to increase revenues coming from maple equipment and products by 60% to 70% and to expand our manufacturing capabilities to answer the growing demand of the maple industry”, said Frédéric Dugré, President and Chief Executive Officer of H2O Innovation.

Leader Evaporator has 53 dealers and distributors in the U.S. and H20 has nearly 50 including an anchor store in Swanton, just down the street from the Leader headquarters. No word on the fate of that location. [ MORE ] 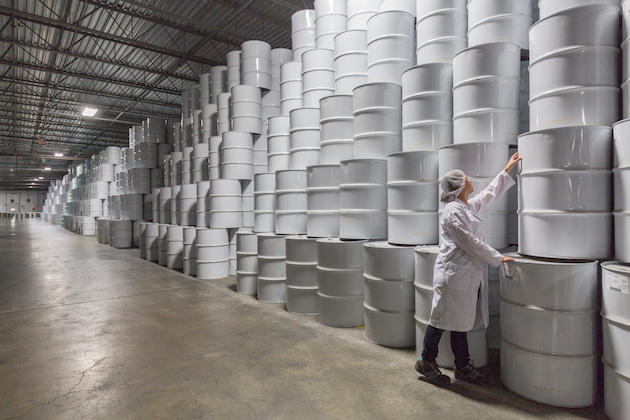 COWANSVILLE, Que.—The reserve of table-grade syrup in Quebec is almost down to zero.

"I think it’s a couple million pounds left,” said David Hall, a sugarmaker from Cowansville, Que. and a board member for the Quebec maple producers federation.

A staggering, back-to-back 20 percent increase in sales and consumer demand over the past two years, combined with a short crop last year in Quebec and the U.S. has led to a situation many did not foresee.