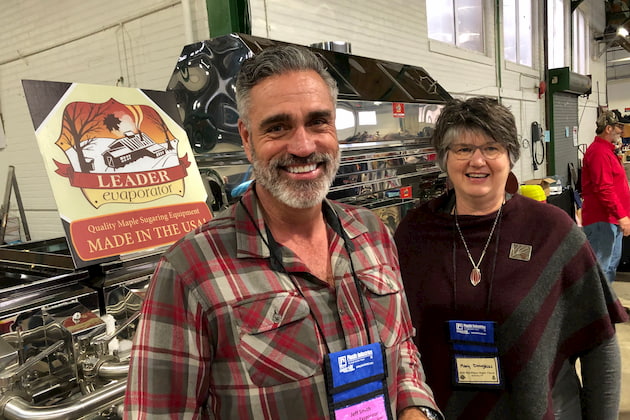 Douglass hosted her annual fall open house virtually on Oct. 24, where she made the H20 announcement.

“We thought about what things we are missing and how people can get it quickly,” Douglass said.

Some of the big ticket items that Leader dealers will start carrying are H20’s line of large size tanks.

“They have a huge line,” Douglass said. 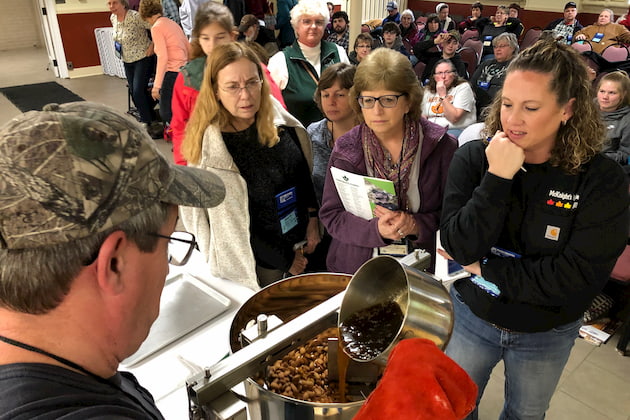 And then there were none... Last of the winter maple shows canceled

SYRACUSE, N.Y.—And then there were none.

The WMSPA will instead be hosting a virtual edition of the event, with a large agenda of educational seminars via Zoom. [ MORE ] 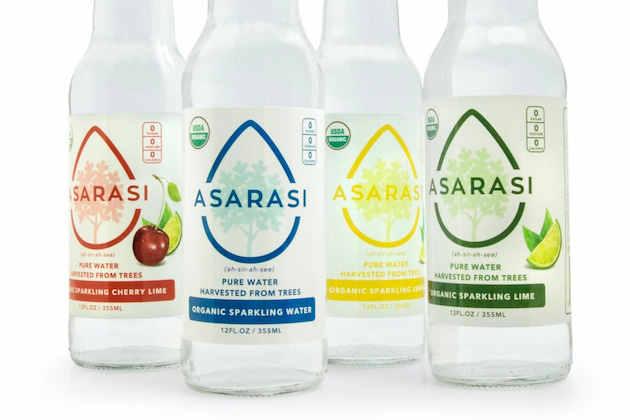 The three-year-old water company has landed a deal with beverage giant Anheuser-Busch and is looking to add to its maple permeate supply base, said company founder Adam Lazar.

Asarasi has also collaborated with Goose Island Brewery producing the world's first 100% plant-based beer called Tree Water Pilsner with Anheuser Busch and the product sold out in under a week, Lazar said.

"This opportunity continues to lead to more significant volume sourcing and we are excited to bring this opportunity to all New York State Maple Producers," he said.

Asarasi said it is looking for permeate suppliers of 5,000+ gallons in any given maple season, Lazar said. 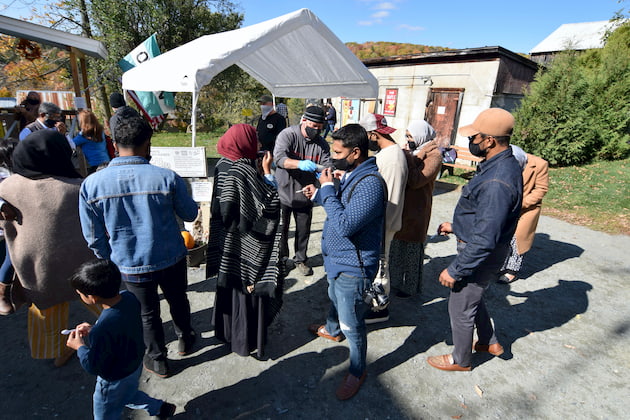 Syrup sales through the roof at retail this fall

“Our mail order has been through the roof,” said Ralph Luce of Sugarbush Farm in Woodstock, Vt. “We would typically see maybe 40 orders per month, we’re now getting 150 or more.”

Luce and the entire Luce family were scrambling over Columbus Day weekend tending to the crush of tourists to the 10,000-tap mountaintop farm, flocking to buy syrup and cheese and see the spectacular foilage.

“We’ll have thousands here this weekend,” Luce said, during a tour for The Maple News.

He said crowds were coming from more regional locations like New York and Boston, theorizing that tourists were opting for local fall vacations due to the pandemic.

“We’re trying to keep people outside and spread out,” he said.

Luce said since the spring syrup sales have been stronger than ever.
[ MORE ] 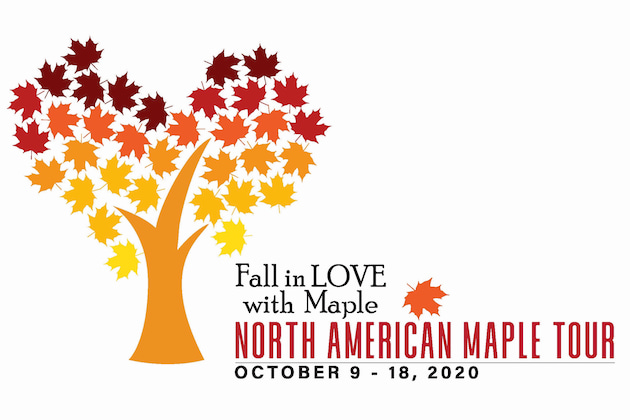 SYRACUSE, N.Y.—Instead of apples and pumpkins, how about maple syrup?

States across the Maple Belt will be participating in a “Fall in Love with Maple” open house event throughout October, competing with traditional fall agritourism events.

“This year has been everything but normal, but one thing that has remained the same is the sweet golden syrup that we can celebrate as the autumn leaves color up,” said Helen Thomas, executive director of the New York State Maple Producers Association.
[ MORE ] 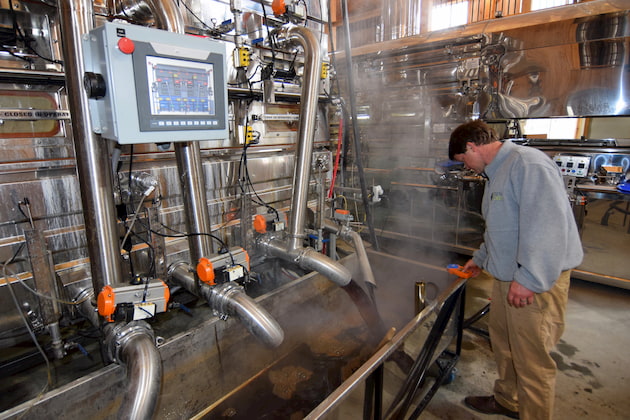 Birch season in U.S. down over last year

"At our facility and from what I have heard from many others, we had below average birch yields due to very cold weather and lack of rainfall in late April and early May," said Michael Farrell of The Forest Farmers in Mansfield, Vt. who oversees production on one of the largest birch operations in the U.S. with 16,000 taps.

"We also only tapped a portion of our trees in NY and none in Vermont due to issues around COVID."

Most producers said their production of birch, known as the little brother crop to maple, was off mostly due to bad weather.
[ MORE ] 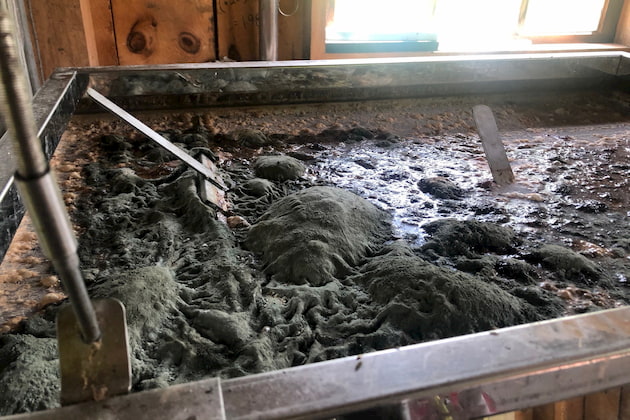 HEBRON, N.Y.—It’s nasty and stinks but it works.

The old school way of pan cleaning after a season—letting last-day-of-the-season sap soak in the pans for five or six months—has been a proven method.

This season at The Maple News sugarhouse in Hebron, N.Y. we tried it for the second year in a row. We have had success after much smell enduring.

In April, we filled our pans and Steam-Away with skunked sap to the brim.

Through the spring, a bubbling, green, oozing crust grew like a science experiment.

By early July it transformed into an almost pleasant, brown cidery vinegar. [ MORE ] 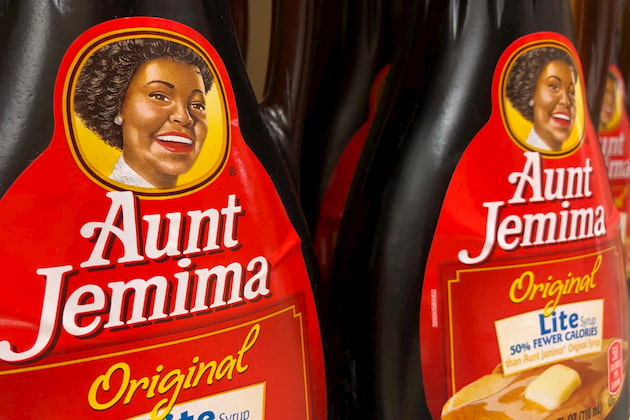 Aunt Jemima brand of 'pancake' syrup to be discontinued

The fake syrup category leader has fallen to the Black Lives Matter movement and the brand will be discontinued, according to the corn syrup’s parent company, The Quaker Oats Company, owned by Pepsi Co.

The company said it will remove the image of Aunt Jemima from its packaging and change the name of the brand sometime next year.
[ MORE ]