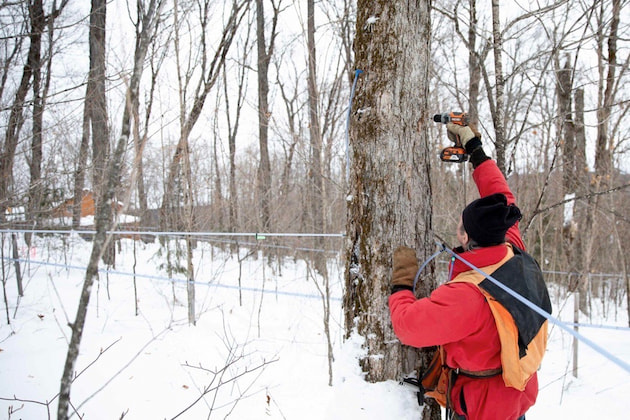 LONGUEUIL, Que.—Quebec’s sugarmakers will be allotted a minimum of 3 million new taps through its quota system by 2023.

The announcement Tuesday of a big tap increase from the Quebec Maple Syrup Producers federation comes on the heels of a short crop and sky high syrup demand around the world.

At the same time, the province's syrup reserve is draining quickly, with zero organic syrup left.

“With a need for supply to keep up with demand, the conclusion is evident, Québec’s maple industry is booming!” said Geneviève Martineau, spokesperson for the Quebec Maple Syrup Producers federation, which governs the production of syrup in the province.

The federation hinted even more taps may be allotted into the province's quota system. 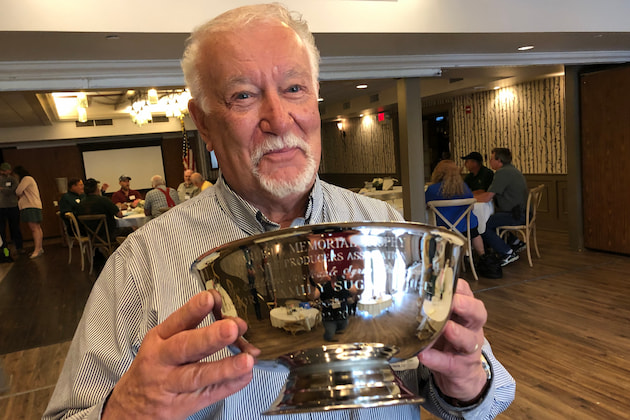 He finally won it! After four and a half decades of trying N.H. sugarmaker wins top prize for syrup

It took 46 years, but Steven Osborn of Osborn Family Sugar House in Boscowen, N.H. finally won the Carlisle Cup, known formally at the Lawrence A Carlisle Memorial Trophy, the prize for being judged the best syrup in New Hampshire.

“I’ve been chasing this thing a long time,” Osborn said on Saturday, cradling the cup following his win at the annual meeting of the New Hampshire Maple Producers Association held this weekend in Plymouth, N.H.

Osborn, who sugars off of 200 taps with his son Jeff, first started attending NHMPA meetings in 1974, and annually entered his syrup in the association’s judging contest, known to be the most rigorous in the U.S. maple industry. 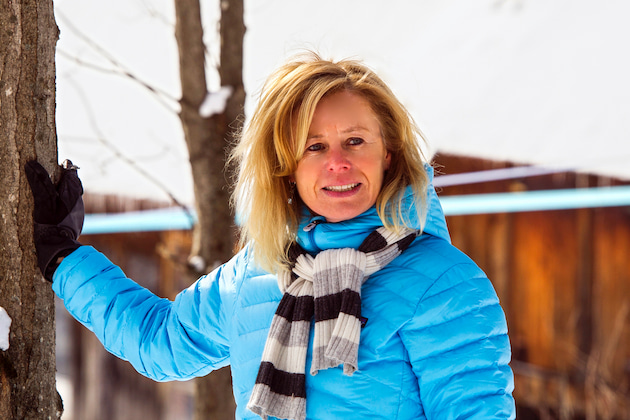 On the lookout for abandoned sugarhouses

Dori Ross is the founder of The Sugarhouse Project, an online registery of old sugarhouses.

“I have spent a lot of time with old sugarmakers in their sugarhouses, talking to them and listening to their stories,” Ross said. “This rich history needs to be preserved somehow.”
[ MORE ] 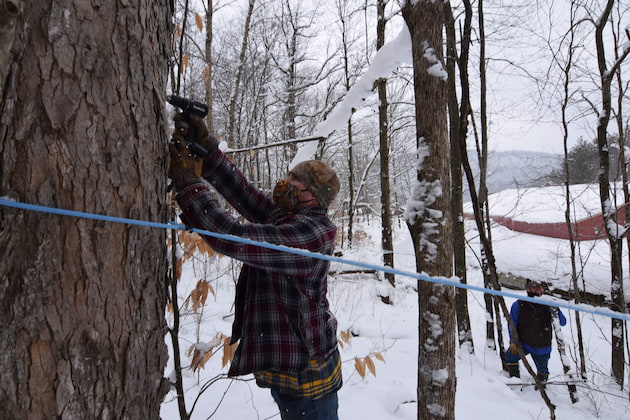 Across the Maple Belt sugarmakers were getting taps in hoping to catch an early thaw.

Chase had been tapping for three weeks straight, saying he learned a lesson three years ago when he waited to tap and missed out on some January runs. Last year he was tapped by mid January and it paid off. He made 110 gallons of January syrup.

The forecast for the remainder of January doesn’t indicate any such luck this year. Still, Chase feels he did the right thing. 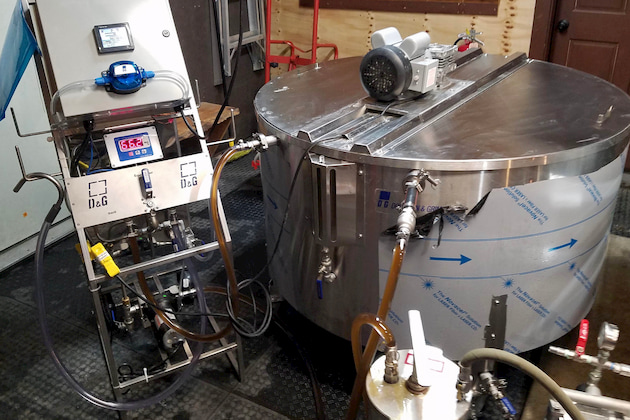 Ever had to add permeate to a barrel of syrup because your brix was too high?

Last season researchers at Cornell's Uihlein Maple Research Center had an opportunity to demo a Brix Equalizer by Dominion and Grimm.

The innovative unit has a digital in-line brix meter that measures the finished brix of syrup after being drawn-off and filtered, but before being packed into a barrel.

A digital touch panel screen allows the user to set the desired brix level and if the unit reads a brix higher than the set point, it will inject a little permeate water from a small tank on the machine. 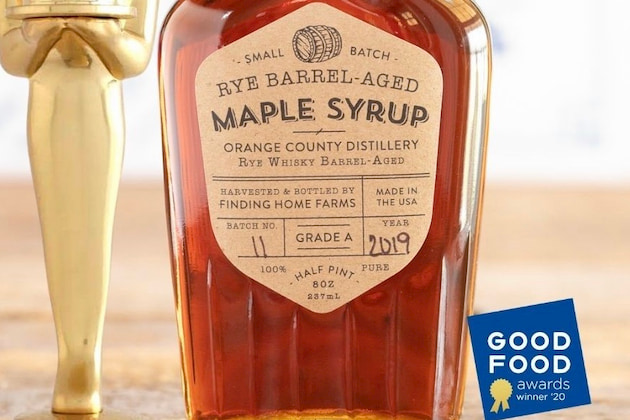 Finding Home Farms, owned by Dana and Laura Putnam, won the Product of the Year from the Specialty Food Association’s 2020 Sofi Awards.

The rye barrel aged maple syrup was chosen in a blind taste test, selected by a panel of specialty food experts from nearly 2,000 entries across 39 product categories. This product is made in collaboration with Orange County Distillery, a farm distillery based in Orange County N.Y. [ MORE ] 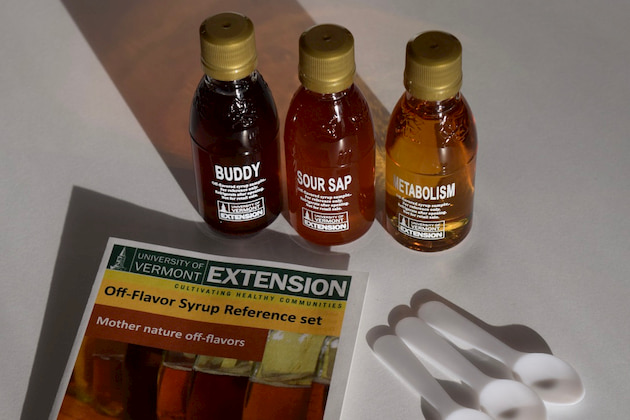 Got 'sick' syrup? Find out why

The Vermont Maple Sugar Makers Association will be conducting a virtual diagnostic on submitted syrup, helping sugarmakers identify bad syrup and its causes.

The online session is called “Tele-Maple Medicine: Why Does My Syrup Taste Sick” and part of the weeklong 2020 Maple Conference Week Dec. 6 through Dec. 11 hosted by the VMSMA and the experts from the University of Vermont maple program.

The VMSMA has been seeking two ounce samples of off-flavor syrup and panelists will create a live show, tasting and diagnosing the issue. [ MORE ] 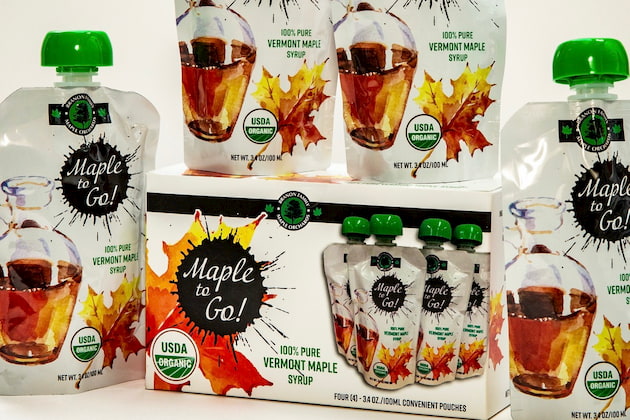 FAIRFIELD, Vt.—Branon Family Maple Orchards is the latest operation to come out with pouch packaging.

Called “Maple to Go!” the family farm says the new packaging system “allows maple lovers to bring pure Vermont maple syrup along with them wherever and whenever they travel.”

“We had people tell us they wanted to bring our maple syrup with them whenever they went someplace, but they couldn’t justify lugging a pint jug around,” said Cecile Branon, co-owner of 80,000-tap Branon Family Maple Orchards located in Fairfield, Vt.

Maple to Go! is a 3.4-ounce (100 ml) food-grade pouch of organic Grade A amber/rich Vermont maple syrup with a re-closable, no-mess twist cap that allows for multiple usage. [ MORE ]