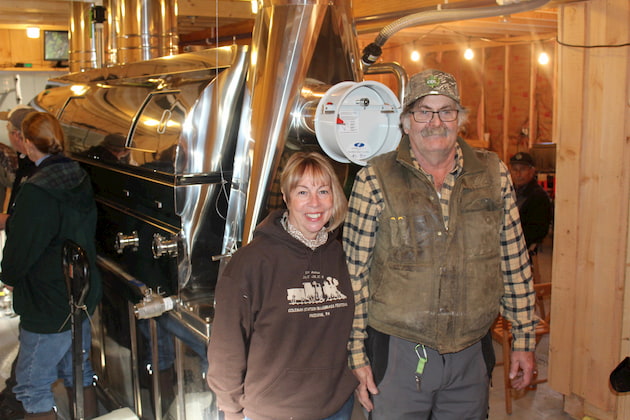 MEYERSDALE, Pa.—Black Bear Maple Camp is back in business this maple season just a year after a devastating fire destroyed everything.

On Feb. 22, 2019 a fire at the sugarhouse destroyed the entire operation.

"We were devastated at the time of the fire not only because we lost all the assets but also because we lost the building we built from scratch," said owner Cindy Newman.

"But in the months that followed, we are able to rebuild with the help of friends in the great maple community and as difficult of a process as it was to go through this experience, we had the opportunity to change some things by building a new camp." [ MORE ] 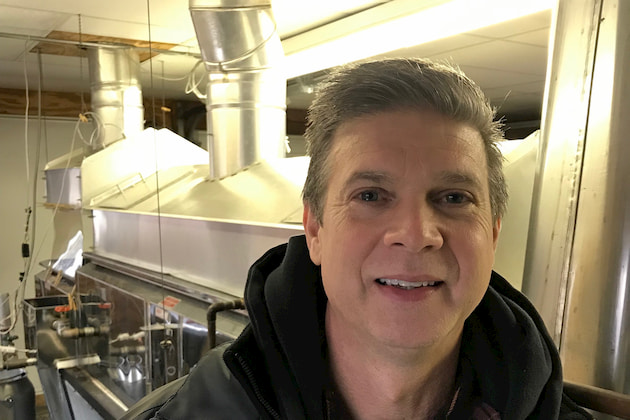 NILES, Mich.—Tom Cook was just 7 when hooked by the shiny evaporator pans boiling down sap into maple syrup.

He’s gone from tapping trees in his neighborhood and along roadsides as a kid to making syrup from his own 20 acre woods he planted himself.

Now 55, the southwest Michigan man said it’s a special feeling to venture out with his dog to harvest sap from trees he watched grow from seedlings the past 30-years.

“It’s always neat. You’re just thinking. God, I planted these things and you’re making syrup from them so it’s kind of cool,” he said. [ MORE ] 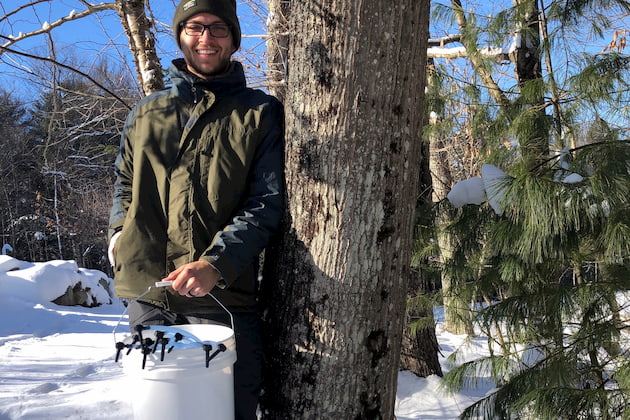 Robbie Payne has enjoyed sweet success as an All-Star for the Adirondack Thunder, based in Glens Falls, N.Y.

From now till early April, he’ll be battling hard to help the team earn a berth in the ECHL’s Kelly Cup playoffs.

But on off days, Payne can’t wait to drive home, across Vermont, to Orford, N.H., where he’s pursuing his newfound love as an aspiring sugarmaker.

“I don’t know how far I’ll be able to get this year,” he said. “If I make a batch and it turns out well it’s going to be a good year, even if it’s just a pint. Some of the guys are asking me about it. They think it’s pretty interesting.”

Payne and his wife, Caitlin, moved to New Hampshire and bought 6.5 acres so they could be close to Dartmouth-Hitchcock Medical Center, in Hanover, where she’s in residency as a neurosurgeon.

“It’s a little over two hours from Glens Falls,” he said. “A lot of times we play Friday and Saturday, and have off Sunday. My plan is to go home and hopefully be able to take care of each tap and bucket and have them fill during the week. I don’t know exactly how it’s going to work. My wife might have to help me out a little bit. She think’s I’m crazy. But that’s all right. I want to try it out and see how it goes.” [ MORE ] 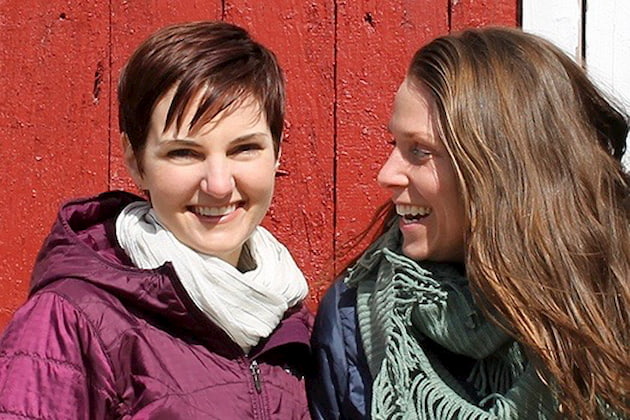 CHARLEVOIX, Mich.—Maple syrup with a taste of pumpkin is among the selections offered by a growing family-owned syrup making company to get customers in the mood for autumn.

Harwood Gold in Charlevoix, Michigan has a wide selection of year round and seasonal flavors, including Pumpkin Spice.

Amber Munday and her sister, Katie Untalan, have greatly expanded the maple syrup menu since taking over the brand from their parents, Dave and Terri Parsons, in 2014.

Munday said she inserts pumpkin spices into each bottle then pours hot maple syrup into the bottles to draw out the flavors.

She said their Cinnamon Quill, Three Bean and Bourbon Barrel Aged infused maple syrups are also seasonal but more consistent than Pumpkin Spice in sales throughout the year.

‘’In my opinion, all of maple syrup is a very autumn product,” Munday said. “This is the time of year where our product sales start to increase because it’s a very warm and cozy product to want to have on your breakfast table.” [ MORE ] 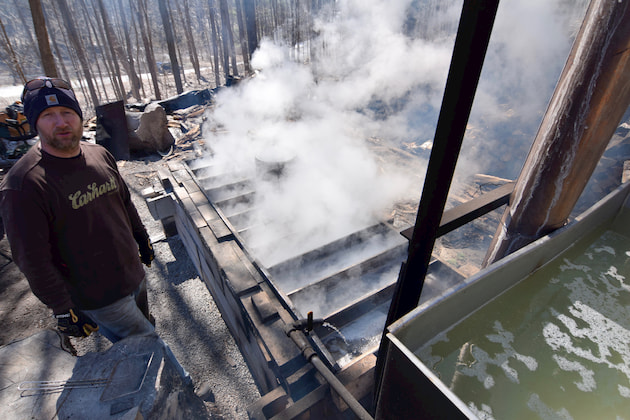 Outdoor boiler is the envy of the neighborhood

Jonathan Finney of Jackson, N.Y. loves the outdoors in general, but especially for boiling.

Finney is one of a handful of sugarmakers who like to boil exposed to the elements, with no sugarhouse or roof cover.

The Maple News visited Finney and his homemade outdoor set-up on March 25, during a five-day run that kept him boiling every day from dawn to dusk.

“I love being out in the elements,” he said. “Either the sun is shining on you or it’s snowing on you. There’s just something about it.” [ MORE ] 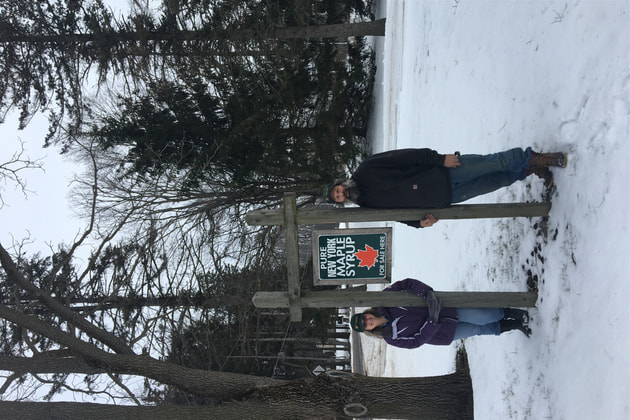 ORFU, N.Y.—Al and Amy Stein with the support of their family operate Sweet Dream Maple Farm on Reynolds Road in Corfu, N.Y. The couple moved to the area in 1989. Amy was the daughter of a doctor and grew up in Clarence, New York. Al’s father was a golf pro and purchased a golf course where Amy worked. The rest is history!

Sweet Dream Maple Farm is the only maple operation commercially producing in Corfu.

“I never dreamed that I would be on a farm. My Dad was a doctor and I got everything I wanted as a child. Then I married this guy who has made me work my butt off but I would not have it any other way,” Amy Stein said. [ MORE ] 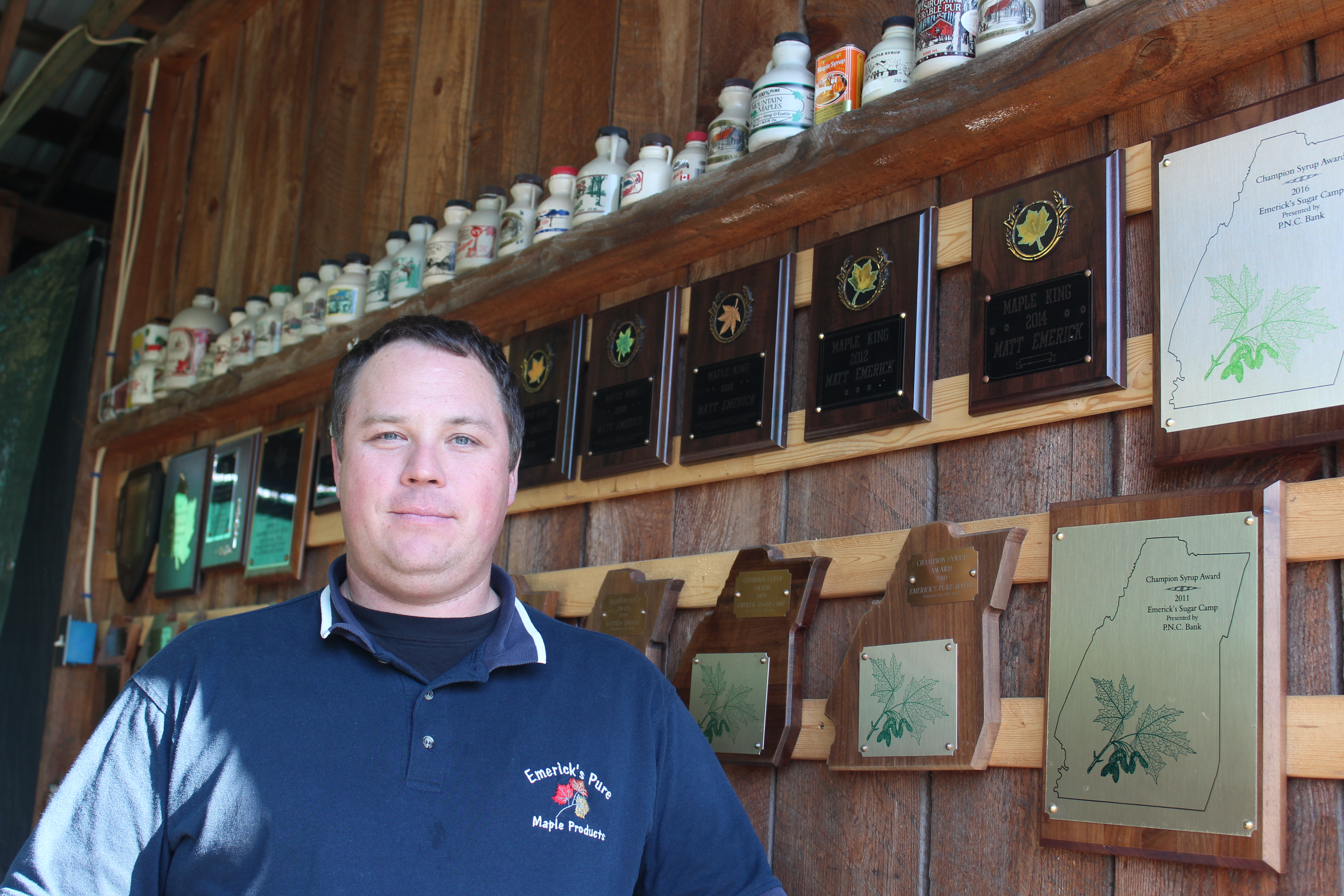 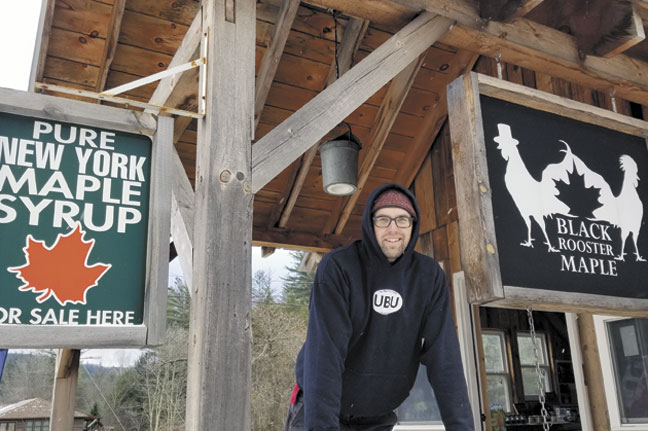 Crazy about maple: From engineer to full-time sap boiler

Why else would he give up a well-paying, secure job with benefits to go full-time into sugaring?

Bassarab and his wife, Kristy, own Black Rooster Maple in Keene, N.Y., on busy state Route 73, the main travel corridor for people headed to Lake Placid, the “Olympic Village,” which attracts countless visitors throughout the year.

They are just now putting finishing touches on a brand-new sugarhouse in preparation for the 2018 season. [ MORE ]