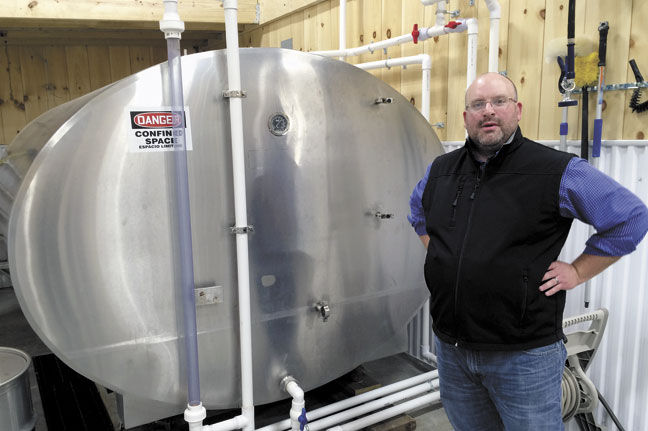 At Riverside Maple Farms, it's all hands on deck

At Riverside Maple Farms, there’s no such thing as a spectator.

Man or woman, it’s all hands on deck, from setting taps and stringing tubes to greeting customers at the firm’s gleaming new 5,300-square-foot operation on Route 5, a busy four-lane state highway in Glenville, N.Y., about midway between Schenectady and Amsterdam in the lower Mohawk Valley.

“No one’s safe from any job here,” Erica Welch, said smiling. “We’re all utility infielders. No one does just one thing. Everybody does everything, especially from January to April.” [ MORE ] 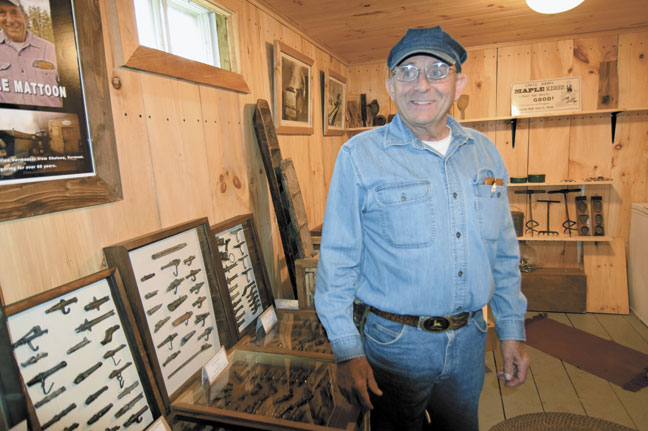 It all started when he was a kid, as these kind of things often do. Hale Mattoon, a sugarmaker in the hills of Chelsea, Vt. has since become the pre-eminent spout and maple artifact curator in the industry.

“For me, it’s a thrill,” Mattoon says of his lifelong passion, collecting maple spouts and other artifacts like evaporator fronts, buckets, tapping bits and sap regulators.

But his primary passion is spouts. [ MORE ] 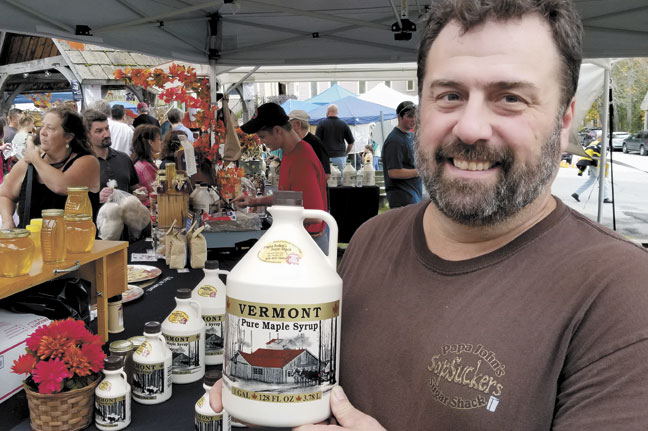 At Papa John's, life’s passion about to get bigger

Mark Turco goes to work to make a living. Making maple is his passion.

As a young kid, the Mount Holly, Vermont resident would pedal his bike down the road, and watch with fascination as steam billowed from a neighbor’s sugarhouse and the sweet aroma of boiling sap filled the air. In eighth grade, Turco fashioned his own evaporator out of a 55-gallon drum, which he made in a shop metals class. Right out of high school, he purchased his first real evaporator -- a 4-foot by 14-foot model -- for $3,400 that he earned doing odd jobs and selling syrup. 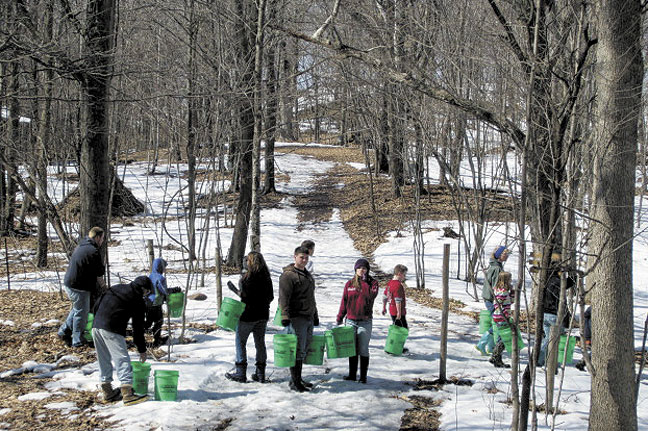 “A sugar maker has to know when to take the sap off the fire or it’ll burn,” he said. “If we learn to endure difficult times in life, there’s a sweetness that comes from that.” [ MORE ] 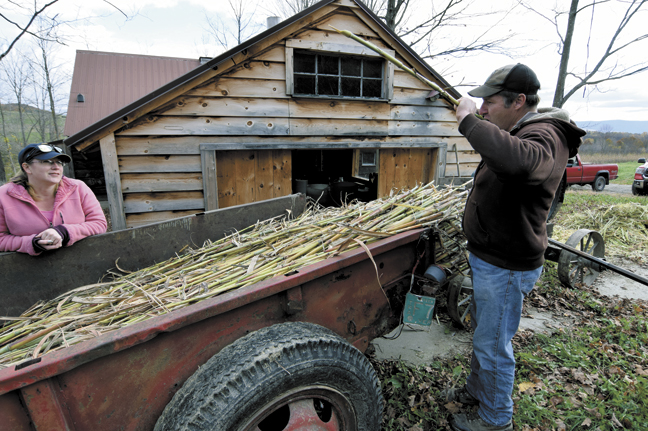 It’s late October and John Williamson of Shaftsbury, Vt. will soon be boiling in the sugarhouse. But not maple—sorghum.

“It wouldn’t feel like fall if we weren’t making sorghum,” he said.

A longtime sugarmaker of the maple syrup variety, Williamson has been making sorghum every autumn for the past 21 years. [ MORE ] 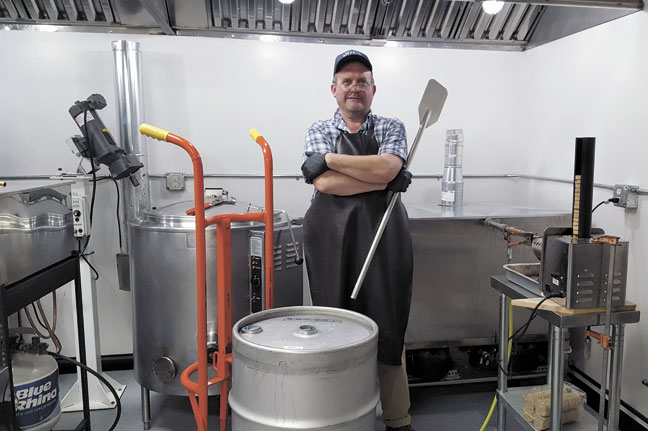 Bob Hausslein took a good idea, started running with it and hasn’t stopped yet. About 15 years ago, while roasting a pig, he stumbled across the idea of making smoked maple syrup, which as fate would have it, turned his entire life and business around.

“Chefs down in the big city were exploring new flavor combinations as part of the then current ‘molecular gastronomy.’ One of them asked me to run with this riff of smoke and sugar we had found, and the category was born,” Hausslein said. “We are originators of Smoked Maple Syrup, and have been producing and selling it since 2005 at least. We don’t have a patent on the process, which is basically to expose the syrup to real wood smoke in some form. I sure have turned a lot of folks on to the idea, though.” [ MORE ] 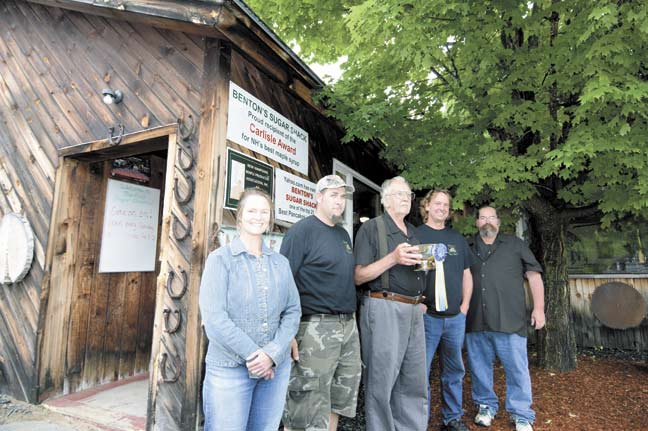 Keeping to their own beat

It’s been a long-time coming for Mike Benton and Benton’s Sugar Shack.

After five generations of sugaring in the Lakes Region town of Thornton, N.H. the Benton family took their first Carlisle Cup last year, awarded for the best maple syrup in the state, at the New Hampshire Maple Producers Association annual meeting. [ MORE ] 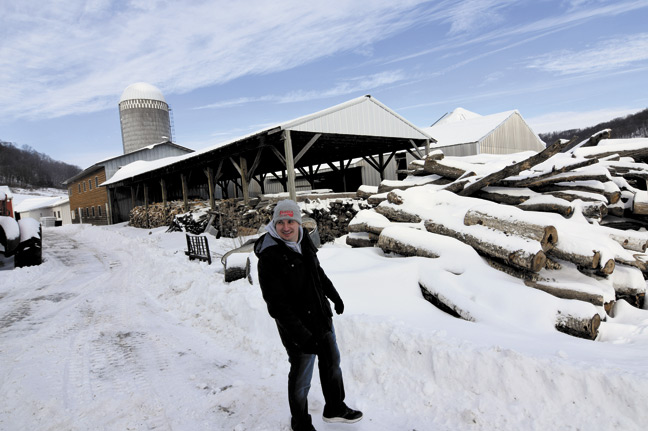 Masters of maple and mechanics

Sleep can be a precious commodity for Greg Pittman.

“Sometimes I’ll wake up at two in the morning with the solution to something I need to fix,” Pittman said. He keeps a pad and pen next to the bed.

He’s a tinkerer and has a gift for understanding out how things work just by looking at them. He’s a machine whisperer, so to speak. Same goes for his son and son-in-law, both tinkerers too. Wife Debbie keeps the whole operation humming and organized. [ MORE ]