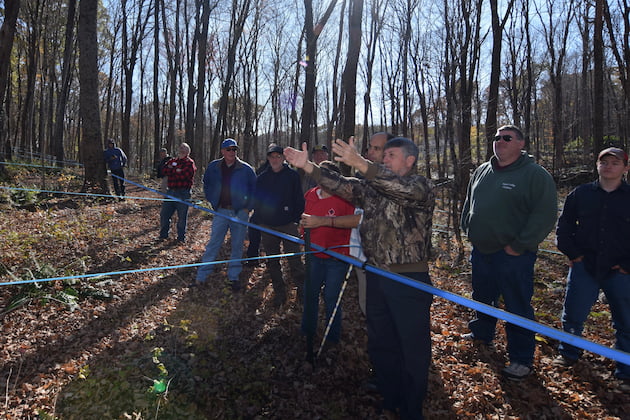 That was the simple advice to sugarmakers from retired Leader Evaporator legend Bruce Gillilan.

Gillilan said when determining what trees to tie into laterals, outstretch one’s arms up the hill and only connect trees that fall in between.

Other tips? Laterals should only connect between three and five taps per run, he said. Sometimes more if using 3/16ths. 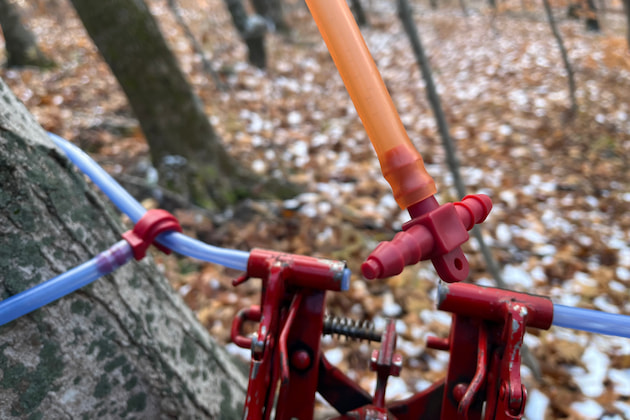 At maple shows this fall, sugarmakers were being reminded about the benefits of the common dead end tee, also known as the end line tee.

Dead end tees are identical to conventional tees, but are plugged off on one side. [ MORE ] 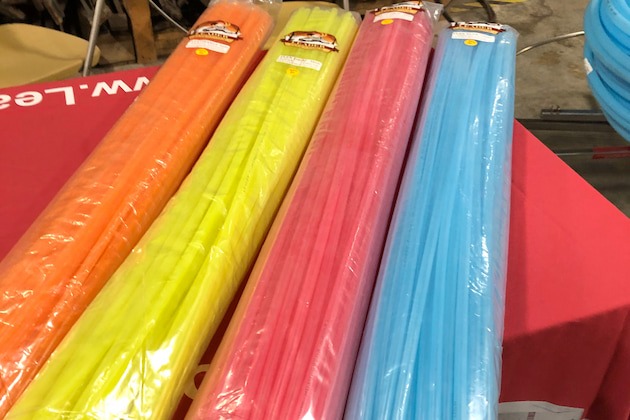 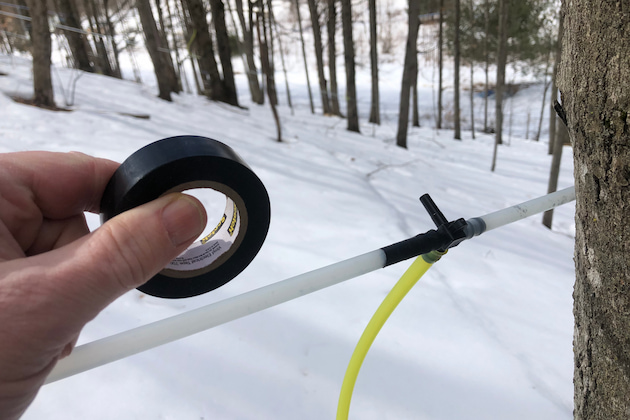 Fix lines with fittings and a tool, not tape

Experts advise the best way to fix leaks on a pipeline system is with a tool and a fitting, not black electric tape.

“It is fine as a temporary fix, but WAY better to do it right and cut out the leak and put in a fitting,” said Dr. Tim Perkins of the UVM Proctor Maple Research Center in Underhill Center, Vt. [ MORE ] 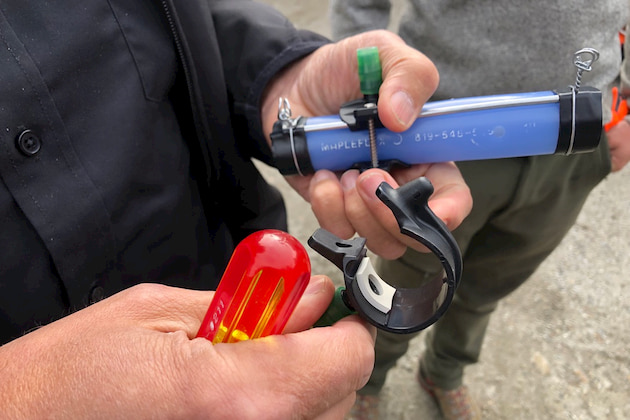 DANBY, Vt.—Lapierre Equipment is touting its new FlexClip mainline entrance fitting designed to be fast, easy and fun to install.

It’s the latest industry offering in the race to create leak proof saddles.

“We claim it’s the fastest install on the market,” said designer Jean Francois (Jeff) Goulet, research and development man at the company, along with company founder Donald Lapierre and son Carl Lapierre. “You just click, screw and drill.”

The black nylon fitting features a pre-stuck-on gasket that secures and self-aligns tight to the pipe. [ MORE ] 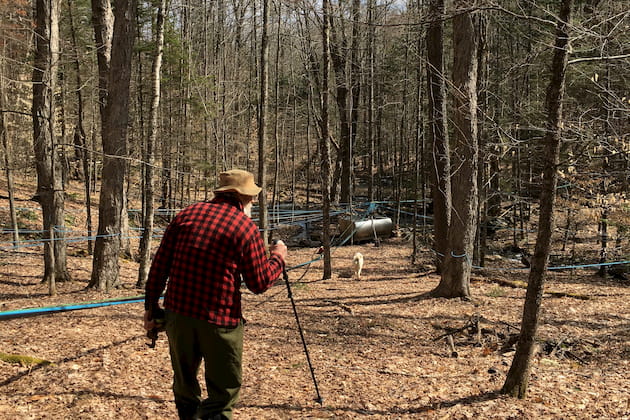 We managed to completely empty our woodshed of 30 cords and needed to scrounge several cords more to finish up. Certainly a measure of success since, after all, emptying the woodshed is the real objective.

Additionally, we’ve had our best year ever reversing the disappointing trend of the past several years.

We’ve even had to sell over 5000 gallons of sap to a neighbor as we were not able to boil it down fast enough.
[ MORE ] 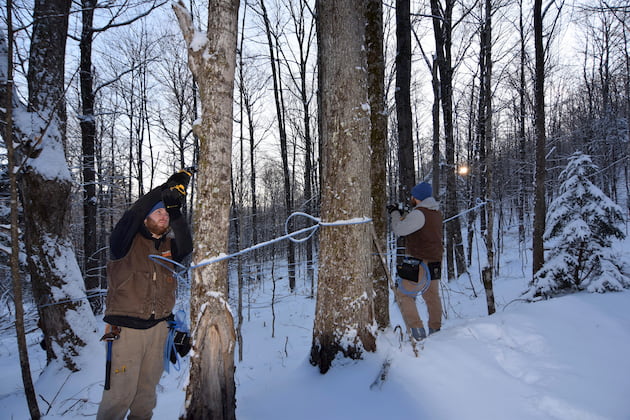 NEW CASTLE, Ind.—Sugarmakers are encouraged to use longer drops, shallower tapholes and spend more time looking for good tapping surface when they begin tapping for the 2021 season.

That's the message from University of Vermont Extension maple specialist Mark Isselhardt when he spoke to Indiana producers during the annual meeting of the Indiana Maple Syrup Producers Association in New Castle, Ind. last winter.

“You will get 75 percent less sap if you tap into stained wood,” Isselhardt said.

Indiana sugarmakers who tend to use sap bags or buckets rather than pipeline in their flat woods are better suited to spend time seeing how each tree is producing.

“On buckets you know what each tree is doing whereas on tubing it all blends,” he said. [ MORE ] 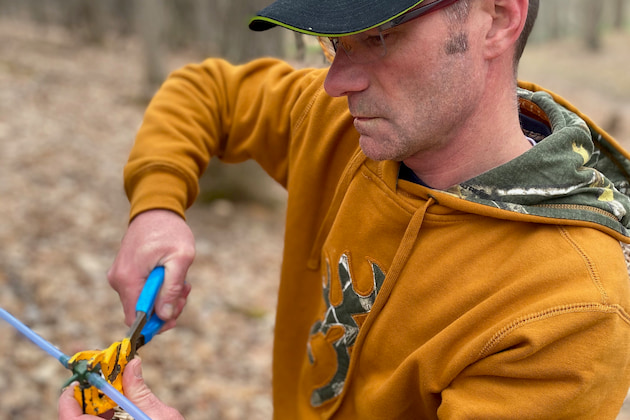 DAWSON, W.V.—There has been much discussion and some research given to 3/16” and the reduction in flows that most see after the first season.

The information in this article will not be referred to as research, but it will be presented to help maximize your production on 3/16” tubing in seasons two through ten.

Before we jump into that, I will provide a little more information on our facilities and my background.

I started producing maple syrup over thirty years ago with a 2x3 stainless pan in the back yard and ten taps as a young teenager.
This has grown to a modern state of the art operation.

I am running 2,400 taps +/- 10 on 3/16” tubing in five different areas. These taps run into round bottom stainless tanks produced for maple sap.

In all of the areas we have taps, they are within approximately 1.5 miles of each other.

In all five of these locations, there are taps on slopes that face more than one direction and on the 2,400 taps, we have taps that face every direction on the compass. [ MORE ]