The drop, including both the tubing and spout collectively, accounts for almost 90% of the sanitation effectiveness in terms of sap production, while the lateral line and mainline have only a small influence on yield in terms of sanitation.

Of this, the spout is by far the most important component, although annual replacement of the spout alone is not enough to achieve maximum production on used droplines.

Regardless, regular replacement of spouts is an important component of sanitation for many producers.

The question is, “when is replacement of spouts best accomplished?”

Tapping is a busy time of year, with the desire to get trees tapped as quickly as possible.

Some producers use spout adapters to hasten tapping, but many producers prefer a one-piece spout to avoid one more possible leak source.

Installing new spouts on droplines prior to tapping during fall line repairs before snow accumulates is a possible approach to achieving a balance between good sanitation and rapid tapping.

In 2021 we investigated the timing of spout and dropline deployment on sap yield.

The results showed no differences in sap yield whether new drops and spouts were deployed in mid-October, mid-December, and during tapping in mid-February.

As long as the deployment of new drops and spouts was conducted after freezing weather had commenced there was no discernible loss in sap yield the subsequent spring.

We did not study earlier deployment even earlier during warmer weather.

In 2022 we repeated the experiment, but only with new spouts, leaving the now year-old droplines in place.

New, standard, clear polycarbonate spouts were installed on the one-year-old drops either in mid-October, mid-December, or during tapping in mid-February.

Each of these treatment was installed on four replicate mainlines on a vacuum system averaging 24” Hg during the 2022 season.

Sap yield from each mainline was monitored during each sapflow period using custom mini-releasers equipped with counters. Each time a releaser emptied, the counter incremented.

Releasers were calibrated so we could multiply the releaser count by the volume collected and divide by the number of taps on each line (average of 80) to determine the average sap yield (gallons) per tap for each mainline.

Results in 2022 (spout replacement only) were very similar to that found in 2021 (with both drops and spouts replaced).

Average sap yield across the three treatments was 29.8 gal/tap. There were no statistically significant differences in sap yield whether spouts were deployed in mid-October, mid-December, or during tapping in mid-February.

This indicates that deployment of new spouts onto used droplines, if accomplished AFTER the weather is generally near or below freezing, is unlikely to have an impact on sap yield in the subsequent harvest season and is thus a potentially useful strategy for maple producers wishing to hasten tapping. 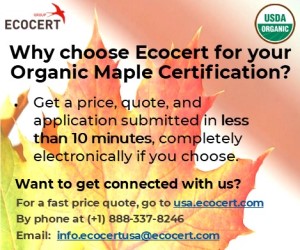 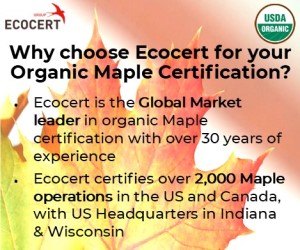 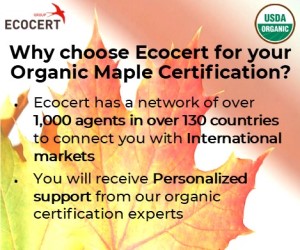