A snapshot of sugarbush lease rates in Vermont

Variety of factors used by landowners to help calculate prices


Many sugar makers in Vermont own the land on which their trees grow. The land may have been passed down through several generations of family ownership or recently purchased on the open market. Sometimes however, producers will pay landowners for the right to tap trees. Whatever the reason, sugar makers and landowners who decide to enter into an agreement, at a minimum, they must agree on a price and terms before tapping can begin. This is just the beginning however as both landowner and producer need to consider several things before an agreement can be reached. Determining length of lease, minimum tree diameter to be tapped, when payment is made as well as determining what restrictions related other activities (thinning, retubing, road maintenance, etc.) needs to be done before an agreement can be finalized. These and other details should be carefully considered and written into a signed lease agreement. This article will focus on just one part of establishing a lease agreement; a snapshot of the current $/tap for lease agreements statewide.

There is no officially published data for sugarbush lease rates in Vermont. As such, producers and landowners are left calculating prices based on a variety of factors (physical location of sugarbush, density of trees/acre, timber value, sugarbush access, average tree diameter, tapping history, competition from other producers, etc.) as well as using word of mouth advice from others. Some agreements are set at a fixed dollar amount per tap and others include a base amount with an additional amount that adjusts based on syrup yield or the fluctuating bulk price of syrup. The information gathered for this article came from several sources. The numbers were compiled to understand trends. Sources of information included sugar makers, private lenders, private consulting foresters as well as county foresters. The numbers should not however be considered a recommendation for a particular rate but rather a piece of information to use when negotiating an agreement. The reason for this is that like most transactions that involve real estate, location is a significant factor in determining market value. In the case of leasing trees for tapping, the demand from other maple producers will generally drive up the price, while a lack of other interested parties will largely allow prices to remain unchanged from historical values.

A total of 35 different Vermont sugarbush leases from 11 of the 14 counties were identified. Most but not all leases were written contracts. Most than half the leases were for 10 years or more. The size of operation ranged from 150 taps to 20,000. The reported lease rate ($/tap) ranged from $0.50-$3.65/tap. It may come as no surprise to anyone with knowledge of the Vermont maple industry that the highest reported lease rate was in Franklin County which produces more syrup than any county in the state, has the highest utilization rate (greatest % of trees tapped) and is likely subject to the greatest competition for taps. The statewide average was $1.29/tap and the statewide median was $1.00/tap. However, given the relatively small sample size, and the wide range in lease rates, the average and median values are not necessarily all that informative. Perhaps more interesting is to look at the frequency of various lease rates and where in the state those trees are. Figure 1 illustrates the proportion of lease rates. The most common rate is $1/tap, representing 40% of all responses. This is compared with 37% of reported lease rates that fall between $1.5-$2.00. Lease rates less than $1.00 represented 20% of the total. In total, 77% of the lease rates were between $1.00-$2.00. Only one reported lease was for more than $3.00/tap. This equaled 3% of the collected responses. 9 of the 13 responses with lease rates between $1.50-$2.00 were in Franklin County.

Like many things there are several ways to look at any one issue. A producer looking to lease taps will likely be interested in negotiating the lowest rate while wanting to remain competitive and the same time ensuring a positive, long-term relationship with the landowner. The producer will also realize that syrup yield/tap will fluctuate from season to season, even as the lease rate remains stable. This will impact year to year profitability. From the landowners’ perspective, while getting the best lease rate possible is important, having confidence in the relationship with the people using your land is also essential. The data also makes it clear that while there are areas with intense competition driving up prices, there are plenty of areas where this is not the case. Both producer and landowner will be wise to consider these issues when negotiating agreements. 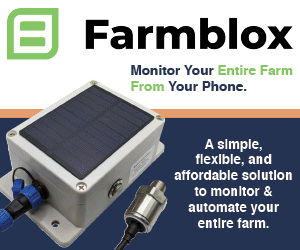 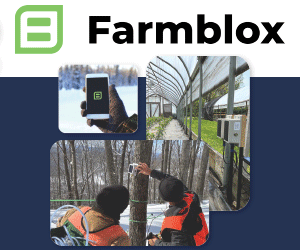