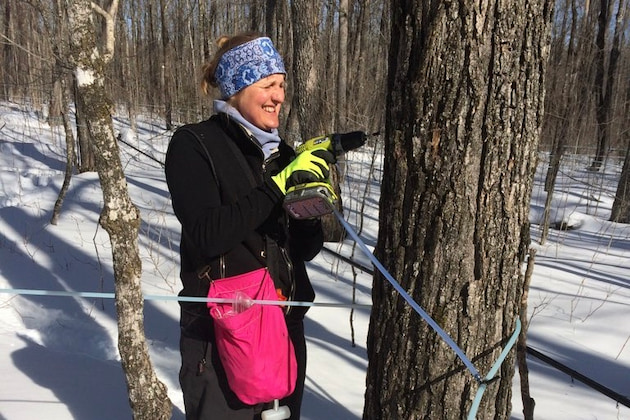 LUTSEN, Minn.—Twenty six below is not exactly ideal tapping weather.

“Yeah we got a cold spell so we're sitting and waiting, chomping at the bit to get back out there,” said Kirstin van den Berg of Sawtooth Mountain Maple Syrup Co. in Lutsen, Minn.

van den Berg said she and her crew of six tappers were humming along for a 7 day stretch of good weather, getting about 14,000 drilled before the cold snap came and shut them down the past couple of days.

“We’re taking a break,” she told The Maple News on Tuesday.

She said the temps in her area of the Upper Midwest should go back up above the 20 degree mark, where most experts say is the line for tapping. Tapping in temps colder than that can split trees. [ MORE ] 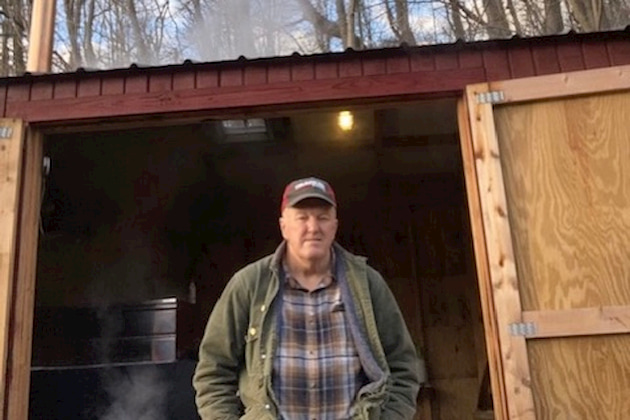 BAINBRIDGE, Ohio—Some southern tapping areas are starting to wake up to a new season.

“As I watched this year’s weather patterns, I got the itch and decided to set these taps even earlier than normal,” said Dana F. Schmidt, who tapped on December 16 at his operation in Bainbridge, southern Ohio.

Schmidt put out 50 early taps on buckets that he dedicated for early tapping. It's something he has done for the past four seasons with varying degrees of success, he said.

This year has been pretty good. 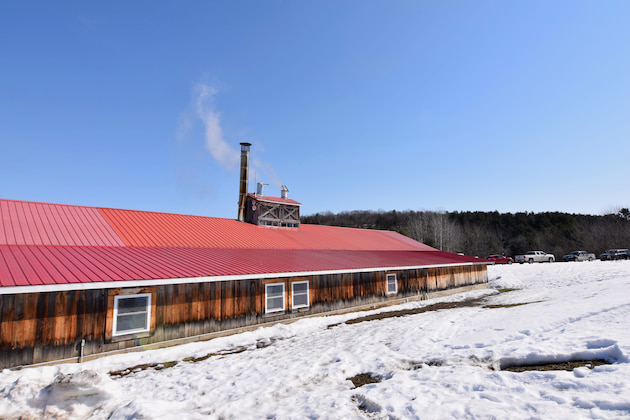 Combined with the record crop in the province of Quebec, the 2020 season produced the biggest global crop in history.

Sugarmakers in the United States made 4.372 million gallons of syrup, breaking the old record is 4.199 set in the 2018 season.

Leading the way was the state of Vermont, which had its all-time best year with 2.22 million gallons produced. New York was in second with 804,000 gallons made and Maine was third with 590 gallons. [ MORE ] 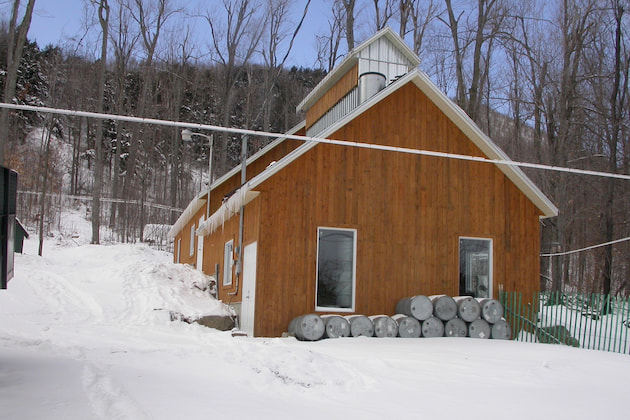 Production this spring came in at 175 million pounds of syrup, an average of 3.59 pounds per tap, according to the Maple Syrup Producers of Quebec (PPAQ) and the Maple Industry Council (CIE). 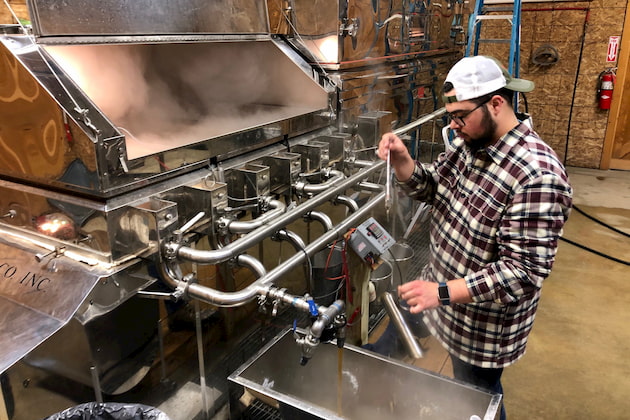 EAST MONTPELIER, Vt.—A cascade of coronavirus cancelations has wiped out maple marketing but that hasn’t stopped the sap.

“We’ve had a great year, I think it's going to be the biggest season we ever had,” said Bruce Chapell of Templeton Farm Maple & Beef of East Montpelier, Vt. on Friday.

Chapell was hoping for one or two more good runs this week before the season quit, but was planning on reaching 1100 gallons on his 2,700 taps.

Meanwhile, it has been an early shutdown for many sugarmakers in the central strip of the Maple Belt.

At Dry Brook Sugarhouse in Salem, N.Y. sugarmakers Kevin Keyes and Bob Chambers called it quits last weekend, coming up far short of their goal of 4,000 gallons they hoped to make this year. 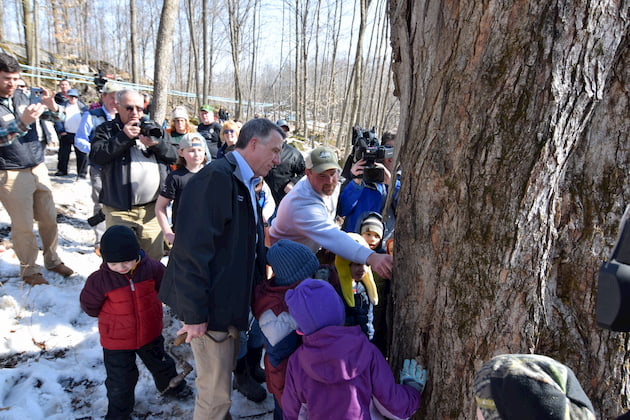 Season Update #4: Ocean of sap in Vermont cranks up the season fast

HIGHGATE, Vt.—An ocean of sap came out of the trees in Vermont Sunday and Monday.

“I don’t think I've ever had a 24 hour run bigger than this,” Jeff Disorda of Benson, Vt. told The Maple News on Monday, March 9.

Nearby in Shoreham, Vt. 2,500-tap sugarmaker Tim Hescock and his sap hauler Ken Vanhazinga were scrambling to keep up with the deluge.

He said an app on his phone told him the sap dumping pace on his releaser was churning so fast that he got up and ran to the sugarbush at 3 a.m. to get an extra tank in place to collect sap. 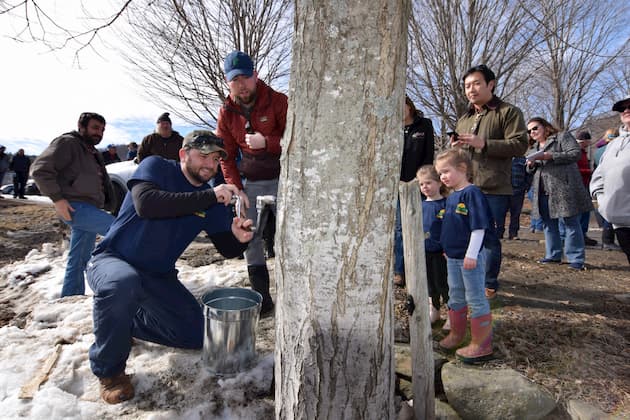 COLRAIN, Mass.—Producers were enjoying big runs and scrambling to get tapped this week.

"I'm calling it 'Sapageddon,'" said Howard Boyden of Conway, Mass. who hadn't had a sap run as big as this week's in all his years of sugaring.

"We made 233 gallons in almost 20 straight hours of boiling," Boyden said. "The sap ran straight through from Monday to Wednesday. We got 9,000 gallons of sap of off 3700 taps."

Producers from the Bay State were gathered at Sunrise Farms in Colrain, Mass. for the annual first tree tapping with state agriculture commissioner John Labeaux. 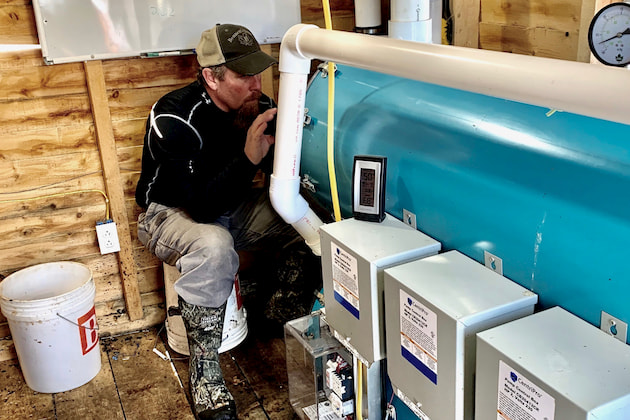 ATTICA, N.Y.—The early boilers have been filling barrels the past two weeks, getting a quick start on a 2020 season that has seen perfect sugaring weather.

“It’s being labeled as this season’s syrup but we made most of it 2019,” joked Greg Zimpher, who is the chief boiler at Merle Maple Farms in Attica, N.Y., discussing his crop so far.

He made another 250 gallons on Sunday, Jan. 5, bringing the season total to 530 gallons so far.